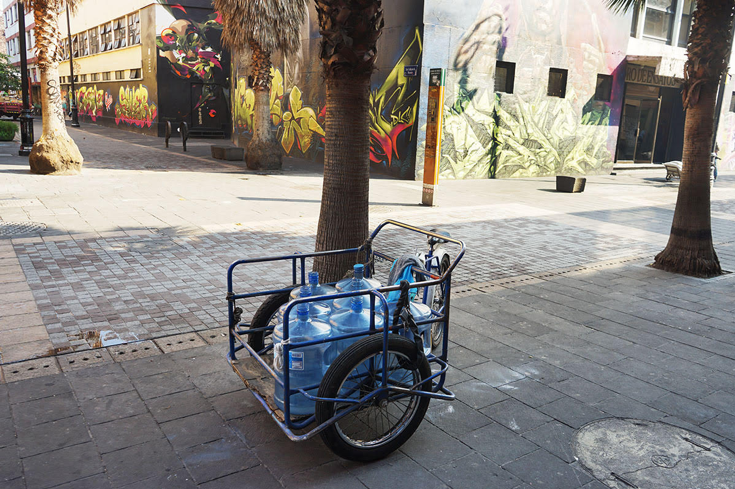 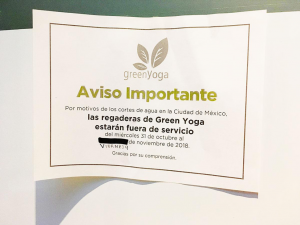 This year’s Día de Muertos ceremonies in México City coincide with a complete shutdown of the Cutzamala water system. Residents of 13 of the city’s 16 delegations – about 4 million people – will embrace death by honoring their ancestors at cemeteries and private altars without access to a basic necessity of life for up to 5 days.

These are somewhat ironic circumstances that represent profound systemic deficiencies and, for millions more in some of the city’s poorest delegations who experience regular water shortages, are a struggle of everyday life. This week some of those affected will experience a glimpse of life with water delivered via pipas, or delivery trucks, rather than the convenience of their taps.

Water scarcity will continue impact more people around the world due, in particular, to climate change. Already, according to the UN, around 1.6 billion people around the world live with water shortages due to lack of infrastructure, and 4 out of 10 people live in conditions of water scarcity. The UN predicts that by 2025, two-thirds of the world population will live under water stress conditions. This is a moment, as the Cutzamala water system undergoes repairs to its aging pipes, to reflect on our relationship to water, how we get it, and its importance to everyday life.

The problems that plague the Cutzamala water system and México City’s water supply are immense and at critical point, butthey originate well before the 20th century. Spanish colonists drained the vast lakes of Valley of México, which had sustained civilizations for well over 2,000 years before the conquest in the 1500’s. By the 1900’s, after centuries of altering the landscape, the city was beginning to modernize and experience exponential population growth.

With the lakes mostly drained, this expanding population first tapped the groundwater from shallow aquifers. Despite ample rainfall, draining more water from these aquifers – which provide about 70% of water to the city – than can be replenished has resulted in the portions of the city sinking, due both to absorbent clay soil and the pervasiveness of concrete. The effects of climate change in the future will only exacerbate both drought, intense rainfall, and water evaporation, resulting in more subsidence throughout the city. 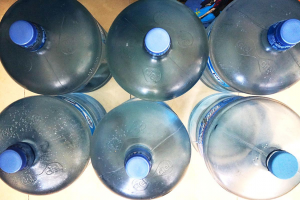 To handle the incredible growth of the city’s area and population, the Cutzamala water system, built in phases between 1970 and 1990, was created. Beginning over 100 kilometers from the city, scaling surrounding mountains at a height of 1,100 meters, and then flowing through a complex of treatment facilities, holding chambers, and about 14,000 kilometers of pipes, the Cutzamala system is a spectacle of modern engineering. It succeeds at supplying millions of residents with reliable water everyday, despite leaking 40% of its capacity en route and consuming large amounts of energy. It is not a perfect system, but in a time when Mexico City has experienced unparalleled, unabating, and unplanned sprawling urban growth, it has served remarkably well.

Any city seething from such rapid growth is bound to experience problems, most of which will be unforeseen. Recently, Austin, Texas, where my family lives, endured a watershortage due to flooding that contaminated lakes feeding the water system. This is a first for the city as it undergoes tremendous growth and more irregular weather patterns due to climate change. These kind of systemic stresses will have to be reckoned with even in the so called developed parts of the world. These are problems that we cannot simply buy our way out of.

Solutions that are harmonious with both people and the environment will need to be implemented. Rainwater collection, water recycling systems, and environmentally conscious urban planning are in the works in México City and represent a few innovative solutions.

Now, as Cutzamala system is pushed to its limits, the flaws and oversights become apparent, but the problems here are not only systemic. People use far more water than necessary. Residents of México City use a lot of water, an average of 315 liters per day. This average hides the disparity between wealthy neighborhoods, averaging 600 liters per day, and poor neighborhoods, averaging 20 liters per day. Americans use almost double that while the French use 165 liter per day. As our taps begin to run dry, this is time for those of us in the affected delegations to reflect on how much water we use for the conveniences and comforts of our daily life. 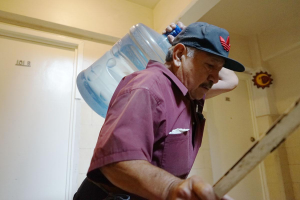 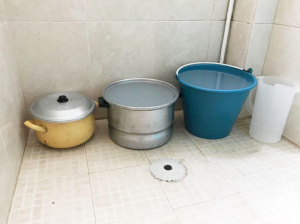 I have collected a little over 100 liters in garrafónes, buckets, and large pots. The next 5 days will test how conservative I can be when the water turns off. If I run out then I hope I am lucky enough to catch one of the 930 tanker trucks circulating the city. For the billions of people around the world, and the millions here in México City, I am still not experiencing the crisis as they know it. Access to water and sanitation is recognized as a human right by the UN. Water is a necessity of life. The dead we celebrate this week needed it to fulfil the lives that touched us, and we should honor them by reflecting on how we treat this essential resource of life.